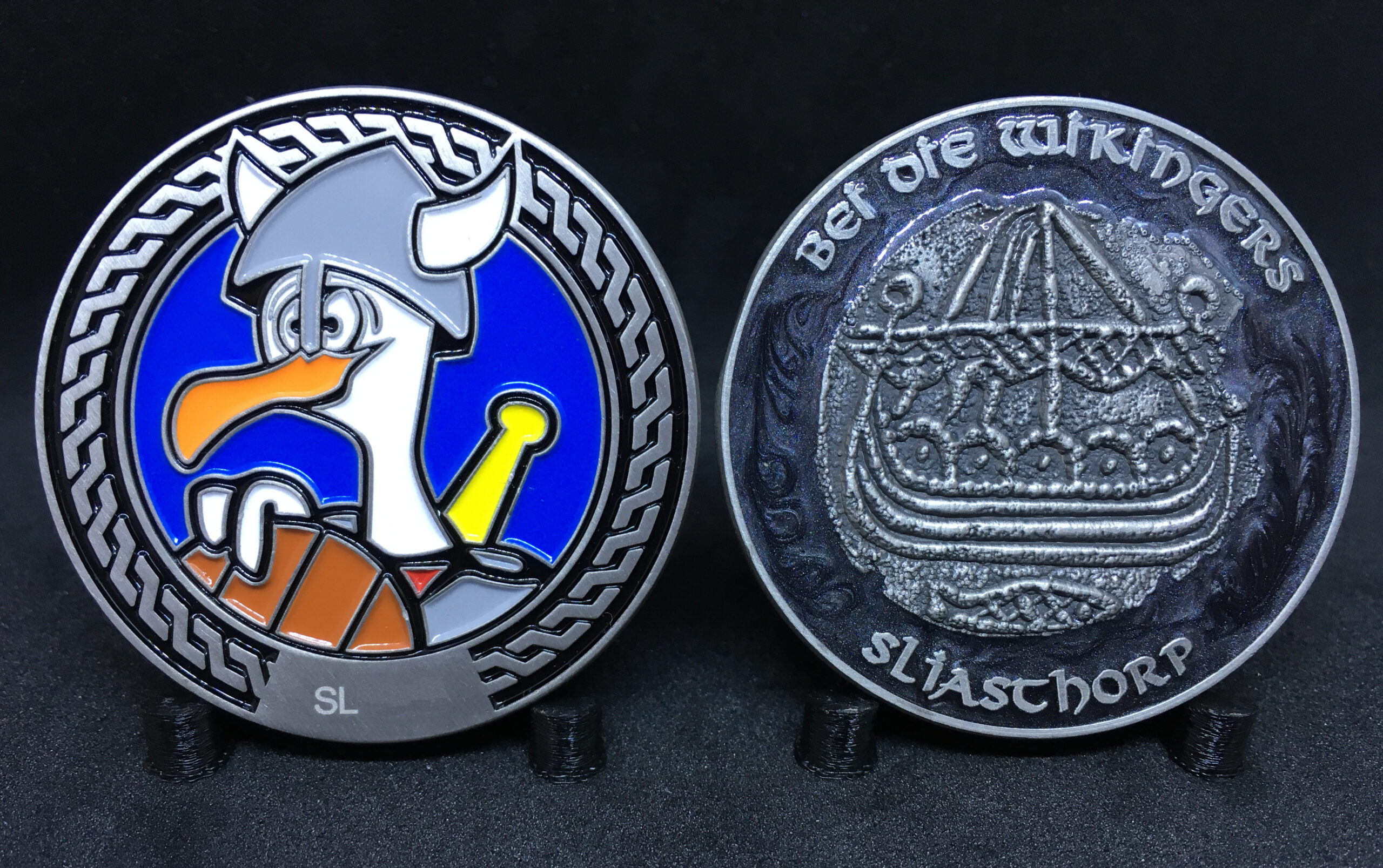 … and its name is “Mjöllnir”. But why does it look like this?

Vikings – a topic with two sides. Many excavations in northern Europe revealed a nearly clear picture of the Viking’s lifestyle. Many fans are trying to rebuild it as original as possible these days. Including helmets with nose protectors but without horns. The other side is more a cliche. The strong but chubby bearded brawlers which like to dink a little bit more. Some examples are “Hager The Horrible” or “Wickie And The Strong Men”.

The coin is the result of a collaboration with LaserLogoShop between the named poles. The frontside shows an authentic coin which was excavated near Birka in Sveden. It is proven that this coin has been shaped in Haithabu in the 9th century. The replica is framed in Pearl Black to emphasize the 3D effect.

The backside is the GCHN seagull in a Viking look. The comic style fits into the historical incorrect exposition of the horn-helmet cliche. A round shild to round that picture… But what is hidden behind the seagull?

The coin will be available in two versions: The regular supporter coin in silver. And the limited edition in broze. But you will also get the feeling of supporting an epic Geocachingevent in the year 2023 respectively to make it possible at all.