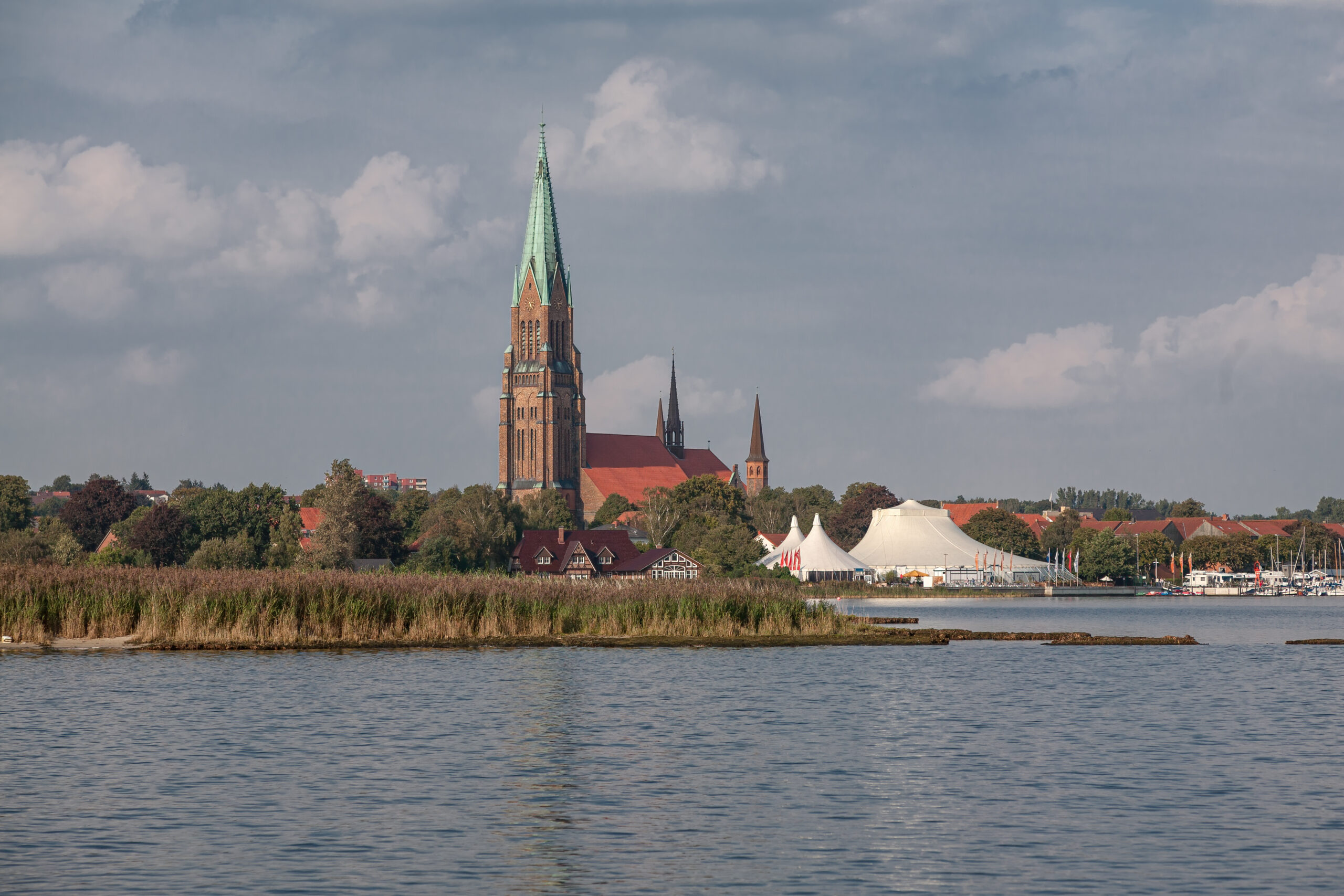 Now it’s official: The GCHN is planning a larger event at the Schlei-Firth – but why in this actual place?

Of course Schleswig is eponymous for the most beautiful Federal state in Germany. But is that all? Nope! The town originated as the small „Sliasthorp“ is commonly way too little known. Back in time, the Vikings were the first to appreciate the advantages of this place at the Schlei-Firth and settled down. Centuries later, many excavations of the Viking era took place at the former trading city of “Hedeby”.

Later in time the city became seat of goverments, residential city for Dukes and Bishops and political and cultural capital of the region, under alternating Danish and German influence. Besides of all these historical features Schleswig istoday known for having a famous Cathedral, the Fisherman’s Quarter “Holm”, the Castle of Gottorf and much else.

The Schlei-Firth as a natural division between the regions of Anglia and Schwansen offers a huge area for watersports, extensive bike tours or just a place to relax, surrounded by nature. The appealing destinations like shores of the Baltic Sea and the UNESCO Worldheritiage Waddensea, the Geltinger Birk, our Danish neighbours and the North Frisian Islands are just a stone’s throw away. Also the Capital City of Kiel, Flensburg, Husum, Friedrichstadt, Arnis: Everything’s in a spitting distance!

And all of these destinations combined with the typical north german “Gemütlichkeit” between “Fischbrötchen” (famous meal consisting of various fish in rolls) and Flip-Top-Beers and lots of caches for us geocachers!

Why Schleswig? The question should be: Why not?