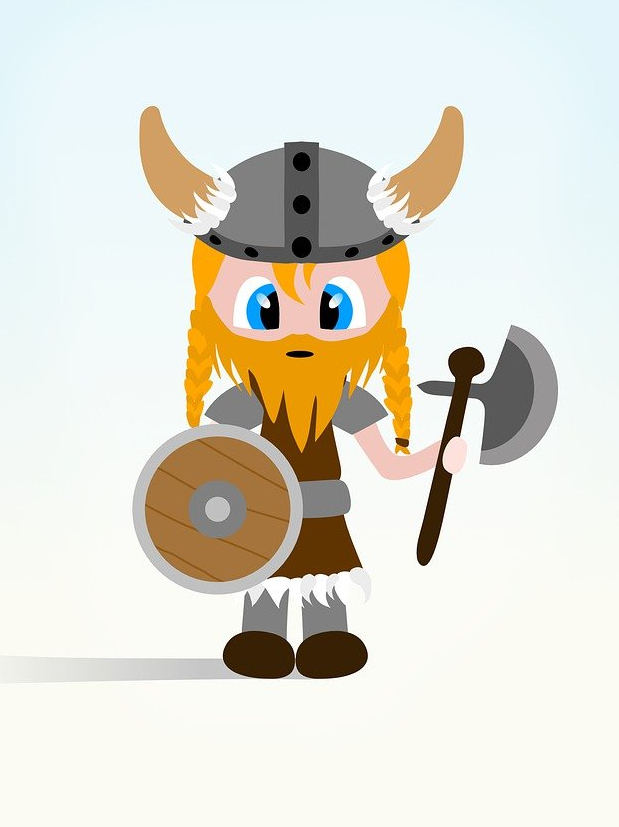 “Bei die Wikingers” (At The Vikings’) seems to be mispelled at first sight. Alt least in German. But what is this all about?

There was a folk music band called “Basia”, which was founded by Raymond Voß, Klaus Büchner and friends in the 70’s. It is originating deep in the region called “Angeln” – a landscape between the Schlei-Firth and the Flensburg-Firth. The band was known as a cover band of English-speaking artists. One day at a gig Klaus Büchner and friends wanted to perform “Hey Joe” from Jimi Hendrix. But he was too drunk to remember the lyrics and improvised some lines in a local slang (“Low German”). He actually liked the idea and they decided to perform songs in local language – just as some annoying extra noise – and got success. This was the beginning of the more famous band called “Torfrock”. It is known for a special sense of humor, that mainly locals understand. Their first texts were mainly about a fictive village called “Toorfmoorholm”. In 1978 they relaesed the single “Volle Granate Renate” (translates to “like gangbusters”) from their 2nd album “Rata-ta-zong”. It started with the following lines:

Frankly speaking, an English translation would literally make no sense. The plot of this song is about a beautiful ginger Viking Woman named Renate, which is more manly than all the other men.

The band Torfrock had great success in the beginning. But somewhere in the 80’s as the New Wave Pop in Germany started, it became more popular with its own ‘clean’ German lyrics. (99 Luftballongs is more known than Renate..) As a consequence, Torfrock lost popularity. The band decided to take a break.

In 1988, Raymond Voß was asked to perform a closing gig. Six years after the bands retirement. He did, and the sold out last gig became a revival.

In 1990, the first “WERNER” movie was released. It is a comic based series drawn by Rötger “Brösel” Feldmann. Torfrock provided the themesong (“Beinhart”) and finally got popular in Germany. The lead singer, Klaus Büchner, is also the voice of the main actor “Werner”. The band is still on tour and participate mainly on Open Airs – with a special concert around christmas, called “Bagalutenweihnacht” (translates to Christmas of the louts).

We’re truely hoping to hear something from Torfrock on our Event.